"Now old desire doth in his death-bed lie,
And young affection gapes to be his heir;
That fair for which love groan'd for and would die,
With tender Juliet match'd, is now not fair.
Now Romeo is beloved and loves again,
Alike betwitched by the charm of looks,
But to his foe supposed he must complain,
And she steal love's sweet bait from fearful hooks:
Being held a foe, he may not have access
To breathe such vows as lovers use to swear;
And she as much in love, her means much less
To meet her new-beloved any where:
But passion lends them power, time means, to meet
Tempering extremities with extreme sweet."

A Problem Proposed to the Author of the "Essai Philosophique concernant L'Entendement".

A Man, being born blind, and having a globe and a cube, nigh of the same bignes, committed into his hands, and being taught or told, which is called the globe, and which the cube, so as easily to distinguish them by his touch or feeling; then both being taken from him, and laid on a table, let us suppose his sight restored to him; whether he could, by his sight, and before he touch them, know which is the globe and which the cube? Or whether he could know by his sight, before he stretch'd out his hand, whether he could not reach them, tho they were removed 20 or 1000 feet from him?

If the learned and ingenious author of the forementiond treatise think this problem worth his consideration and answer, he may at any time direct it to one that much esteems him, and is,

"While civilization has been improving our houses, it has not equally improved the men who are to inhabit them. It has created palaces, but it was not so easy to create noblemen and kings. And if the civilized man's pursuits are no worthier than the savage's, if he is employed the greater part of his life in obtaining gross necessaries and comforts merely, why should he have a better dwelling than the former?"

What the Universe tells me

(...)Desert rock formations, rushing streams, sunflowers waving gently in the sun, and all sorts of cradle-of-life folderol are the things that really rock his world — he cuts to them whenever he needs to try to explain the inexplicable, which is often. This is a movie about spiritual searching, about reckoning with the nature of God and his frustrating insistence on allowing suffering in the world. We know that because the movie’s characters tell us what they’re thinking, repeatedly, in voice-over: “How did she bear it? Mother.” “Lord — why?” Never trust an actor’s face to convey complicated feelings when you can just dub in words.

(...) There certainly is a lot of filmmaking going on here: Malick grabs our attention with diminutive jump cuts; he often shoots characters in three-quarters profile, so we’re left to wonder what their faces might be saying; he invents dream images (like a slightly airborne Chastain pirouetting among the trees) and inserts them in unexpected places. There’s also lots of majestic orchestral music, courtesy of Alexandre Desplat, Bach and, presumably, God.

(...) It puzzles me that people think of Malick as a strong visual filmmaker. His movies are often gorgeous-looking — that was true even of The New World, which probably tops even Tree of Life in the pretentious snoozefest department.

But strong visuals don’t necessarily equal strong visual storytelling. If Malick could tell a story mostly with pictures — and faces — why would he need so many voice-overs? There are some good performances here, to the extent that Malick allows us to focus on them: Pitt, in particular, captures the essence of preoccupied dadness. As he schools his boys in the art of respecting the line dividing their property from a neighbor’s, or takes them all out to eat at a local diner, he’s both distanced and affectionate in the way many of us may remember our own dads to have been. Chastain has less latitude: She’s cast in the role of beatific mom-symbol, and it constrains her.

I can already hear the chorus of dissenters: But you just don’t understand! Tree of Life a tone poem made by a genius! You need to see it again, or at least think about it a lot more! Admittedly, in this particular case, deadline constraints demanded some pretty rapid processing. But I don’t think I’d find much more beneath the surface of Tree of Life if I thought about it for 12 more hours or 12 more days. Malick is doing what lots of directors do as they get older and ponder larger issues. I’m sympathetic, at least, to his intent. But he’s trying to answer big questions by making the biggest movie possible. Where is God when you need him? The one place he forgets to look is in his characters’ eyes. 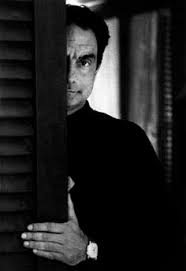 I would say that later on, very important influences came by discovering African music on recording and having no idea how it was put together, but kind of wanting to find out. As a graduate student with Luciano Berio, we went down to the Ojai Festival - the festival that Stravinsky started north of Los Angeles. I guess that was 1962, maybe ’63. The people who were holding forth included Gunther Schuller, who was just finishing up his book on the history of early jazz. And when Schuller was speaking to us -he was a graduate student - he said he’d discovered a book that contained the first accurate scores of West African music and transcription. And I said, “Excuse me, Mr. Schuller. What’s the book?” He said, “’Studies in African Music’ by A.M. Jones.”

And I went back up to Northern California, where I was living at the time, and got the two-volume set: one volume of just scores, another volume of analysis of those scores, and some interesting sociology as well. And it’s still on my bookshelf, I mean, I returned the book to the library and bought a copy, which was very expensive. And - at about the same time that was going on - I was listening to John Coltrane when he was playing “My Favorite Things” and on what became “modal jazz,” but what you could describe, very simply, as “playing a lot of notes to very few harmonies.” An [album] like “Africa/Brass,” [with two sessions], which really impressed me, was basically a half-an-hour in F. Jazz musicians say, “Hey man, what’s the changes?” “F.” “No! F for half-an-hour!”

That was very instructive. And, at the same time, I was studying with Luciano Berio and writing 12-tone music. The way I wrote 12-tone music was like, “Don’t transpose the row. Don’t retrograde the row. Don’t invert the row. Just repeat the row over and over, and you can try to sneak in some harmony.” And Berio said, “If you want to write tonal music, why don’t you write tonal music?” And I said, “That’s what I’m trying to do.” So I would say, “If you put all that into a jug and shake it, out I come.”

It was a very, very difficult period because, basically, the people that I was going to graduate school with were either very interested in European Serial Music or in John Cage--or in both. And, honestly, I was involved in neither. I could respect the purity of spirit in John Cage’s work, and I could certainly appreciate the mastery in Berio and Stockhausen, but my heart wasn’t in the game. I became a composer because I loved Bach, because I loved Stravinsky, because I loved jazz. And this was answering none of those. There was no fixed pulse, there was nothing you could tap your foot to, there was nothing you could whistle to, there was no key to hang on to; it was the very antithesis of that. So people who didn’t write that way at that time were simply a joke; you just weren’t taken seriously.(...)

With your mercury mouth in the missionary times, and your eyes like smoke and your prayers like rhymes, and your silver cross, and your voice like chimes - who among them do they think could bury you?

With your pockets well protected at last, your streetcar visions which you place on the grass, your flesh like silk, and your face like glass - who among them do they think could carry you?

Sad eyed lady of the lowlands (where the sad-eyed prophet says that no man comes), my warehouse eyes, my arabian drums - should I leave them by your gate or, sad-eyed lady, should I wait?(...)
Marcadores citações

A grande literatura do pequeno gesto no cinema